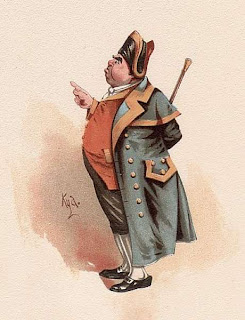 The lesson of Baker v. United States Government Officials, Nos. 08-2288 and 08-2365 (February 13, 2012)— which applies to appeals of civil orders (including those under §§2244 and 2255)— is that no news for five months means check the district court dockets.  Baker filed a tort claim in the U.S. District Court for the Western District of Pennsylvania alleging he was harmed by second hand smoke in his prison.  While the case was pending in 2005, Baker was transferred from FCI Lisbon (the opinion notes that there is no FCI Lisbon but rather an FCI Elkton in Lisbon, Ohio, but in order to avoid confusion, the opinion adopted the prison name used in the docket entries) to FCI Lewisburg.  On July 11, 2006, the district court granted the government’s Fed.R.Civ.Pro 12(b)(6) motion, but sent the dismissal order to FCI Lisbon, [and] as a result, the order was returned to the district court.  No one in the clerk’s office made any attempt to locate Baker.  Seven months later, on February 9, 2007, the docket notes that Baker sent a letter to the clerk in December, 2005 notifying the clerk’s office of his new residence in Lewisburg. A second February 9, 2007 entry notes that Baker wrote to the clerk explaining that he had received word of the dismissal when he received a docket sheet and as a result filed neither an appeal or motion for reconsideration. He asked for a copy of the dismissal order and was sent one — on January 7, 2008!
Before receiving the dismissal motion, Baker, on May 31, 2007, filed several motions, among them: a post-judgment motion under Fed.R.Civ.Pro. 60(b); a motion to file a notice of appeal under Fed.R.Civ.Pro. 4(a)(1); a motion to toll the time to take an appeal under Fed.R.Civ.Pro. 4(a)(4); and a motion to reopen the time to take an appeal under Fed.R.Civ.Pro. 4(a)(6). On January 16, 2008, Baker supplemented his May 31, 2007 motion, filing a motion to alter or amend the judgment under Fed.R.Civ.Pro. 59(e). In all of these motions Baker blamed the prison for his not receiving the dismissal order, preventing him from filing timely motions.  On January 31, 2008, the District Court denied all of the motions.  Baker filed another motion to reconsider under Fed.R.Civ.Pro. 59(c). This was denied on April 10, 2008, and Baker filed a timely appeal from that order.
Baker sought rulings that his appeal of the July 11, 2006 dismissal was timely pursuant to Fed.R.App.Pro 4(a)(4) and (6). Fed.R.App.Pro 4(a)(4) allows a district court to reopen the appeal period for fourteen days after the date to reopen is entered if it finds that the moving party did not receive notice of the order under Fed.R.Civ.Pro. 77(d) within 21 days of its entry, the motion is filed 180 days after judgment is entered or 14 days after Fed.R.Civ.Pro. 77(d) notice of entry of the judgment is received (whichever is earlier), and the district court finds no party would be prejudiced.  Fed.R.App.Pro 4(a)(6) allows the time to appeal to run from the date of a ruling on a timey filed Fed.R.Civ.Pro. 59 motion.
The Court first dealt with the Fed.R.App.Pro 4(a)(6). Baker asserted that the time to file his Fed.R.Civ.Pro. 59 motion ran from February, 2007, when he learned of the July 11, 2006 order.  Relying on Bowles v. Russell, 551 U.S. 205 (1977), the Court ruled that Rule 4’s time limits cannot be equitably tolled, as the time limit to appeal is derived from a statute, it is jurisdictional, and courts are without power to expand them. The delay caused by the prison sending the notice back to the district court, rather than forwarding it to Baker, could not be subtracted from the time between the issuance of the order and the time the appeal was due.  The mailbox rule for determining when a prisoner files a document does not stretch so far to allow the entry of an order to be the date a prisoner receives it.
The Court then dealt with whether under Fed.R.App.Pro 4(a)(4) his Fed.R.Civ.Pro. 59 motion could be deemed timely, allowing his appeal to proceed.  The Court ruled, on the same day it ruled on Baker’s case, in Long v. Atlantic City Police Department, No. 06-4732 (February 13, 2011), that a Fed.R.Civ.Pro 59(e) motion can be deemed timely when a prisoner alleges and proves that prison official delayed or interfered with the delivery of a final order of the district court.  Baker’s problem was not the prison though.  Rather, the error was the district clerk’s sending the notice of the dismissal to the wrong prison. Charitably, the Court noted, “We recognize that this conclusion works an unfortunate result for Baker.  The result is distressing, given that the clerk’s office seriously erred in failing to update Baker’s address of record until more than a year had passed from when he notified the District Court of his move.”  (Perhaps this soothes Baker’s inner Mr. Bumble.)  As a result the only order the Court could review was the district court’s ruling that the Fed.R.Civ.Pro. 59(e) was not timely filed, and that, the Court of Appeals ruled, was correct.
By Stuart Wilder at February 21, 2012