United States v. Wright, Nos. 13-1766, 1767, 1768, -- F.3d --, 2015 WL 106198 (3d Cir. Jan. 8, 2015).  In an earlier iteration, United States v. Wright, 665 F.3d 560 (3d Cir. 2012), the Court vacated the fraud convictions of Wright, Chawla, and Teitelman under Skilling v. United States, 561 U.S. 358 (2010).  On remand for retrial, the defendants sought to limit the scope of the retrial to prevent relitigation of issues they viewed as necessarily decided in their favor when the jury acquitted them on several counts, and to bar certain government arguments that they believed would constructively amend the indictment.  The district court denied the motion, and the defendants took an interlocutory appeal.  The Court dismissed the appeal for lack of jurisdiction, finding that the district court’s order was neither a collateral order subject to immediate review nor a final order pursuant to 28 U.S.C. § 1291.


A collateral order is not final in the traditional sense, but conclusively resolves an important issue separate from the merits, and is effectively unreviewable on appeal.   Collateral order appeals are permitted only in exceptional circumstances, including when double jeopardy may be at issue.  The Court adopted a test used by most of the other circuits to determine whether double jeopardy is sufficiently implicated to permit collateral order review:  would the claim, if successful, require dismissal of – at a minimum – an entire count?
Here, the defendants were acquitted of several substantive counts predicated on a mailing or email relating to a particular transaction.  They argued that the jury necessarily decided that they lacked criminal intent as to those transactions.  Thus, they argued, the government should be precluded from presenting any evidence of those transactions at trial.  They conceded, however, that this would not prevent the government from presenting other evidence of criminal intent on the remaining counts, and that even if they prevailed in precluding the specified evidence, no count of the indictment would be dismissed.  Thus, the Court concluded, it lacked jurisdiction.  (In the process, it rejected an argument that United States v. Serafini, 167 F.3d 812 (3d Cir. 1999), which permits the government to seek review of orders of dismissal excising portions of counts, authorized review here, distinguishing the statutory provision – 18 U.S.C. § 3731 -- at issue.)
The Court held that the constructive amendment aspect of the motion was not appealable either, because constructive amendment, if it occurs, may be addressed on appeal after trial.
Finally, the Court refused to grant mandamus relief, because it identified no irreparable harm.
By Sarah Gannett at January 13, 2015 No comments:

The government did not breach Davenport’s plea agreement when it advocated for -- and obtained -- a two-level upward adjustment for possessing a firearm in connection with his conspiracy to distribute narcotics offense.  Even though the defendant and his attorney had stricken and initialed a joint recommendation regarding the U.S.S.G. § 2D1.1(b)(1) enhancement from the written agreement during plea negotiations, the government never agreed not to argue for the enhancement.  Therefore, when the firearm clause was stricken from the agreement, it merely meant that the parties no longer jointly agreed on that specific sentencing recommendation.   Reading the plea agreement as a whole, the government was entitled to put the district court on notice of all relevant information and to respond to all of Davenport’s objections.  Since the government did not breach the plea agreement, Davenport’s trial counsel was not ineffective for failing to make the argument.  The district court properly denied Davenport relief under 28 U.S.C. § 2255.

(Thanks to Chistofer Bates, EDPA, for his assistance in digesting this case.)
By Sarah Gannett at January 12, 2015 No comments: 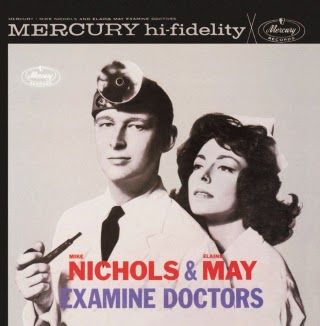 In United States v. Ashokkumar R. Babaria,  ___F.3d ___, No. 14-2694 (3d Cir. 12/31/14), Dr. Babaria pled guilty to 42 U.S.C. §1320a-7b(b)(2)(A) for making kickbacks to physicians in order to obtain referrals to his business for the purpose of performing medical diagnostic testing on patients whose bills were paid by Medicare and Medicaid.  He received the kickbacks while at the same time certifying, on behalf of the lab doing the testing, that there were none. The government’s payments for services that resulted in kickbacks exceeded two million dollars. Despite the illegal activity, medical records were not falsified, the government was not billed for testing that did not occur, and patient care was not compromised.

At sentencing, Dr. Babaria objected to a two-level adjustment for abuse of a position of trust pursuant to USSG §3B1.3, and a four-level adjustment for aggravating role pursuant to USSG §3B1.1(a), resulting in a recommended Guidelines range of 70-87 months’ imprisonment . The statutory maximum capped the guidelines range at 60 months imprisonment, and the District Court, applying both adjustments, imposed a sentence of 46 months’ incarceration, a $25,000 fine, and reimbursement of all government fees paid as a result of patients whose doctors received kickbacks.

On appeal, Dr. Babaria argued that it was error to apply the §3B1.3 adjustment because he neither occupied nor abused a position of trust. The Court, after reviewing the Comments to 3B1.3, restated prior case law describing three factors that determine whether a position of trust exists: “(1) whether the position allows the defendant to commit a difficult-to-detect wrong; (2) the degree of authority to which the position vests in defendant vis-à-vis the object of the wrongful act; and (3) whether there has been reliance on the integrity of the person occupying the position.”  Using these criteria, the Court concluded Dr. Babaria held a position of trust, as in his position he certified compliance with anti-kickback rules, yet concealed the kickbacks. He held a position that both allowed him to commit wrongs and allowed him to make those wrongs harder to detect. He was not subject to any supervision over his actions with respect to the business and its relations with the government. His position in the organization was a significant factor in his ability to commit the crime.

The Court summarily dismissed Dr. Barbaria’s other arguments and allowed his sentence to stand.

Image from The New Yorker.