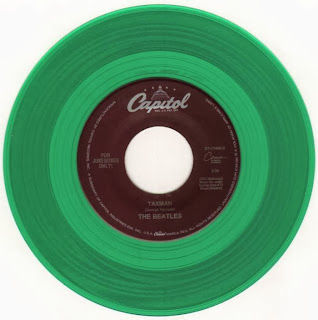 Ronald Ottaviano was indicted in the District of New Jersey for money laundering, tax evasion, wire fraud and conspiracy as a result of acting on his belief that he was not subject to the tax laws of the United States nor the penalties that flow from flouting them. At trial, he represented himself, and as described in United States v. Ottaviano, ___ F.3d. ___, Nos. 11-4553 and 13-1119 (3d Cir., December 24, 2013), initially was able, whilst being tried with four, counseled co-defendants, not to raise the ire of the trial judge. However, once the Government rested, and his defense began, his relations with the trial judge went downhill.

Ottaviano not only did not pay taxes, but operated a company that, for $3,500 (or $5,000 if purchased jointly by two persons), would file documents with federal and state governments that would purportedly turn the purchasing/participating taxpayer into a creditor of the government.  Ottaviano claimed to be a college and law school graduate, a CFP, and certified to represent taxpayers before the IRS, none of which was true. He also told his customers that the documents he filed on their behalf would satisfy all of their outstanding loans.

Despite warnings that his scheme was illegal, Ottaviano forged ahead. Suspicious employees reported his activities to law enforcement, and the IRS also had its eye on him. It eventually searched his home, mailbox and office, seizing documents and computers.

The Government’s case was pedestrian but overwhelming, with proof of dummy computer servers for show for visitors to his company’s office while real computers conducting the company’s business were hidden away, and recorded phone conversations of Ottaviano’s both before arrest and from jail.

Ottaviano’s troubles at trial, other than the evidence the government presented, began when he tried to present his case.  He called 13 witnesses, but they had trouble showing up at the right day and time. By the fourth week of trial, the trial judge’s patience was wearing thin. His irritation began to show with skeptical questions during direct and cross-examination of Ottaviano’s clients. However, when Ottaviano himself took the stand, the trial judge became more aggressive. As his direct testimony began, while Ottaviano explained his work history, the judge asked, in a leading manner, whether he put on his resumé that he was a college graduate when he was not. At another point, when Ottaviano wanted to admit a letter into evidence that the government had not received, the judge excused the jury, as well as Ottaviano, and had a discussion with all counsel, including Ottaviano’s standby counsel. When the latter pointed out that legal issues were being discussed in Ottaviano’s absence while he was proceeding pro se, the judge said he had a reason for that. When Ottaviano resumed the stand, the judge began to question him skeptically and aggressively about the false education claims, and about Ottaviano’s testimony that he did not file tax returns and did not believe in federal tax liability. The judge asked many other similarly skeptical questions during Ottaviano’s testimony, which took up 140 pages of a 3300 page transcript. Although neither Ottaviano or his standby counsel objected during the questioning, Ottaviano, on the following day before the jury came in, move for a mistrial, complaining— not without reason— that the judge was cross-examining him. The judge, responding to this accusation, said that he did not think he acted inappropriately but in any event if he had not asked the questions, the government would have. Ottaviano was convicted, and appealed.

Otaviano raised four issues on appeal.  The Court first dealt with the judge’s questioning.  It began by noting that F.R.E. 614(c) allows for objections to a court’s calling or questioning a witness either at the time it occurs or the first opportunity when the jury is not present.  Terming it a close call, the Court, considering Ottaviano’s pro se status, combined with the fact that he moved for a mistrial at the start of the next day’s business, found that he properly preserved the issue for appeal, and that the Court did not have to move to a “plain error” analysis.”

F.R.E. 614(b) allows judges to question witnesses and act as more than a moderator, but in doing so, the judge cannot become an advocate.  Even when the evidence gives the court a negative impression of the defendant, the court cannot interject that impression into the trial. In this case, though some of Ottaviano’s testimony was confusing, and his testimony and actions could have infuriated a patient judge, this did not excuse the judge becoming an advocate. Ottaviano’s standby counsel and the government were fully capably of clarifying the points in issue without the judge’s help.

Despite the impropriety of the judge’s questions, as noted above, Ottaviano’s testimony was 140 out of 3300 pages of testimony. The evidence against him was overwhelming, the government had conducted an extensive cross-examination of Ottaviano before the judge’s improper conduct that demonstrated that there was no viable defense offered, and Ottaviano’s uninterrupted description of his activities was confusing. As a result, even though a curative instruction from the court did little to blunt the overall effect of the judge’s conduct, the improper questioning was immaterial to the verdict. On this ground therefore, Ottaviano did not receive a new trial.

Ottaviano’s forced absence from the courtroom while his standby counsel, the prosecutor, and the government discussed the letter he had failed to turn over before trial did not provide ground for a new trial either. The absence did not affect his ability to represent himself, nor the jury’s perception that he was doing so. Absence from a sidebar conference outside of the jury’s presence does not automatically deny the right of a pre se litigant of his right to represent himself— the incident must be viewed in the context of the entire trial. Violations of the right to represent oneself— that right arising from the 5th, and 6th Amendments and Fed.R.Crim.Pro. 43— do not result in a new trial if found to be harmless error. The Court so found here.

After summarily dismissing Ottaviano’s remaining claims— that the court’s jury instructions varied from the indictment, and there was no authority for a restitution order—the Court affirmed his conviction.