70,000 images of child pornography will not be suppressed.

The government prevailed last week in the Third Circuit on an interlocutory appeal of a suppression grant.

The Third Circuit rejected the defense argument.  Factually distinguishing the defense-favorable precedent, the Court noted three averments in the affidavit that strengthened the case to search the home for child pornography: (1) that the defendant committed prolonged child sexual abuse in his home; (2) that he used a computer to solicit images of partially-clothed children; and (3) that the experienced affiant knew of a link between child pornography crimes and child sexual abuse.

On these facts, it was “a close question” whether there was probable cause to search the home for child pornography.  The Third Circuit declined to reach the issue.  Instead, it reversed the grant of suppression under the good faith exception to the Fourth Amendment exclusionary rule.

Bottom line: Probable cause or not, the officers were not entirely unreasonable in relying on the search warrant.

Conviction and sentence for embezzlement upheld over challenges for speedy trial violation, and to evidentiary rulings, jury instructions, and loss calculation.

In United States v. David T. Shulick, 994 F.3d 123 (3d Cir., April 13, 2021), the Third Circuit affirmed convictions and sentence for embezzling funds from a federally funded program, conspiracy, bank fraud, and making false statements. Shulick operated a for-profit education company that, among other things, contracted with the School District of Philadelphia to manage its Southwest School, which served at-risk students. Shulick received $2 million to put in place specific services: 6 teachers with set salaries and benefits, security workers, and counselors. Shulick only spent $1.186, did not provide these full services or positions, and directed the money instead to pay off liabilities for other businesses. He was convicted by a jury and appealed on speedy trial grounds, errors in evidentiary rulings, faulty jury instructions, and sentencing miscalculations. The Third Circuit Court rejected all these challenges:

I. There was no statutory speedy trial violation. The Speedy Trial Act’s requirement that trial begin within 70 day of indictment or initial appearance can be extended where a judge grants an “ends of justice” continuance because a “case is so unusual or complex.” See 18 U.S.C. §3161(h)(7)(A). Here, the case was complex: the prosecution stemmed from a multi-year investigation involving millions of pages of documents. Shulick alleged that even if the case was complex, the government made a mistake during discovery (untimely production due to misfiling under the wrong case number), and thus this error should categorically bar them from an ends-justice continuance because it constituted a lack of diligent preparation. Where it was only a one-time administration mishap that the government had appropriately remedied, Shulick failed to meet his burden of showing that the government’s error rose to the level of “lack of diligent preparation.” As the court emphasized, the “Speedy Trial Act was not intended to provide defendants with tactics for ensnaring the courts into situations where charges will have to be dismissed on technicalities.”

There was also no Sixth Amendment speedy trial violation. Shulick failed to establish any of the four factors - the length of delay, the reason for the delay, the defendant’s assertion of his right, and prejudice to the defendant - led to a violation.

II. The evidentiary rulings were not erroneous. The District Court rightfully excluded an agency clause in the contract and other irrelevant evidence. While the contract explicitly said the “contractor does not function as an agent of the School District,” the Court ruled this clause irrelevant because the parties “cannot bind the federal government in a criminal trial by simply saying they’re not agents of one another.” Indeed, Shulick was given significant managerial control over the administration of the school, which clearly showed he was an agent of the organization receiving federal funds under §666(a)(1)(A). Further, the district court properly excluded certain expert testimony because he was an untimely-disclosed expert witness.

III. The District Court did not err in instructing the jury that an intentional misapplication within the meaning of § 666(a)(1)(A) can be found even if the misuse of funds still benefited the victim, in this case the School District of Philadelphia. A federal program theft occurs when the defendant “embezzles, steals, obtains by fraud, or otherwise without authority knowingly converts to the use of any person other than the rightful owner or intentionally misapplies, property.” 18 U.S.C. § 666(a)(1)(A). Consistent with sister circuits, the Court held that the disjunctive “or” shows that “intentionally misapplies” is a separate way of satisfying the statute, apart from the previous limiting phrase regarding conversion. If Congress meant for the limiting conditions to apply to “intentionally misapplies,” it would have included parallel language after that phrase and so “intentionally misapplies” is meant to be interpreted broadly.

IV. The District Court rightfully found Shulick did not prove he was entitled to the safe harbor provision, excluding from criminal liability “bona fide salary, wages, fees, or other compensation paid, or expenses paid or reimbursed, in the usual course of business.” A defendant is entitled to an instruction on a theory of defense “if (1) he proposes a correct statement of the law; (2) his theory is supported by the evidence; (3) the theory of defense is not part of the charge; and (4) the failure to include an instruction of the defendant's theory would deny him a fair trial.” Shulick merely asserted, without providing any evidence, that he exceeded the budget for some items, and some of his spending benefited the school.

V. The District Court properly calculated the fraud loss by taking the difference between the amount that the defendant spent on various budgeted items and the amount that the budget required him to spend. Although the defendant claims that he exceeded the budget for some items, the defendant was not entitled to offsets against the district court's calculation of fraud loss for the expenses claimed because he did not provide enough evidence to show that the additional money was spent for the benefit of the school.

VI. Finally, the District Court did not err in supplementing the record to include a binder relied upon by the defendant’s accounting expert. While the binder was inadvertently omitted from the record, the binder was not new evidence and was material to the case, as it contained information supporting the fraud loss calculation.

Fifth Amendment/Double Jeopardy Clause does not bar the government from retrying a defendant who succeeds post-conviction in getting his conviction set aside due to prosecutorial misconduct. 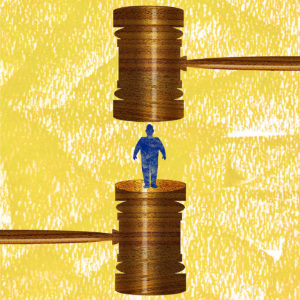 In United States v. Gregory Brown, Jr., 994 F.3d 147 (3d Cir., April 13, 2021), the Third Circuit Court affirmed the District Court's denial of Brown’s motion to dismiss on Double Jeopardy grounds. Brown was convicted in Pennsylvania and sentenced to life in prison for arson, second-degree murder, and insurance fraud. Brown unsuccessfully sought post-conviction relief in Pennsylvania and federal court alleging the prosecution had paid people to testify about the fire. Nearly a decade later, a FOIA request to the ATF revealed two canceled checks showing payment of $5,000 and $10,000 relating to the fire. Brown then located the witnesses who received these checks and successfully won post-conviction relief in Pennsylvania based on prosecutorial misconduct. The court granted him a new trial.

Upon remand to the state trial court, Brown moved to dismiss the charges on double-jeopardy grounds. While that motion was pending, a federal grand jury indicted Brown, charging him with destruction of property by fire resulting in death under 18 U.S.C. § 844(i). The state dismissed its charges. Brown moved to dismiss the federal indictment, alleging, among other things, that the Double Jeopardy Clause barred the second prosecution. The District Court denied his motion to dismiss the federal indictment.

The Third Circuit agreed, holding that the narrow exception from Oregon v. Kennedy did not apply and so the federal prosecution was not barred by the Double Jeopardy Clause. In Kennedy, the Supreme Court held that the Double Jeopardy Clause forbids retrial only where the (1) defendant successfully moved for a mistrial, and (2) prosecutorial misconduct was intended to prejudice the defendant’s right to have his trial completed by the first jury empaneled. The Kennedy exception does not apply here, where Brown made no motion for a mistrial, and he raised the issue of prosecutorial misconduct post-conviction. Without a successful mistrial motion, it cannot be said that the government intentionally “goaded” the defendant into seeking a mistrial. Further, the court noted that the government’s failure to disclose the witnesses’ compensation was merely an “overzealous” effort to gain a conviction from the first jury and not an attempt to subvert Brown's rights.

When resentencing a defendant pursuant to the First-Step Act, a court must recalculate the Sentencing Guidelines and consider all §3553(a) factors anew, but it cannot reexamine or reevaluate facts established and accepted at the time of the original sentencing.

In 2009 Mr. Murphy was convicted by a jury of two counts of possession of cocaine and heroin and received 360 months incarceration. In 2019 he sought resentencing under the First Step Act. The Probation officer filed an addendum to the pre-sentence report decreasing the guidelines range to 262 -327 months. However, it retained the previously attributed drug amount as well as the career offender designation, both of which Mr. Murphy objected to. The Court overruled both objections, finding that the First Step Act did not allow reconsideration of either factor. It did however vary downward from the Guidelines range and sentenced him to 210 months incarceration. Mr. Murphy appealed.

The panel rejected Mr. Murphy’s contention that Alleyne v. United States, 570 U.S. 99 (2013) required a reassessment of the amount of drugs, as his verdict complied with that decision. However, the panel found that since the court was “imposing” a sentence, and it must therefore apply the § 3553(a) factors as they stand at the time of resentencing. The new assessment must include any relevant facts that did not exist at the time of the original sentencing, but not a reconsideration of the facts as they stood at the time of the original sentencing. Therefore, the District Court could not reconsider the prior drug-quantity finding.

The panel also concluded that the District Court did not err by refusing to reconsider the career offender calculation. The government conceded that a change in Maryland law since the time of sentencing meant that a Maryland conviction used to classify Mr. Murphy as a career offender would if he was sentenced now, no longer do so. The panel though adopted the approach of the Sixth Circuit that holds that under ¶404(b) of the First Step act, resentencing “includes an accurate calculation of the amended guidelines range at the time of resentencing and a thorough renewed consideration of the §3553(a) factors.” The judge at the new sentencing is also free to depart or vary from the Guidelines range as she sees fit. The panel rejected different approaches by other circuits. The panel also rejected the government’s contention that failure to reconsider the §3553(a) factors was harmless error.

Judge Bibas’s dissent took note of the three-way split among the circuits on recalculation of the Guuidelines range at the time of sentencing. He would not allow the Guidelines to be recalculated.