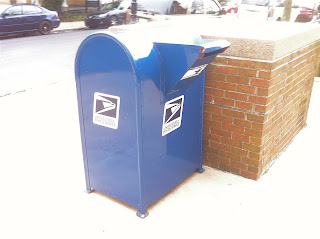 In Long v. Atlantic City Police Department, et al.,  No. 06-4732 (11/9/2011), Mr. Long sought to extend the time for filing an appeal from a Fed.R.Civ.Pro. 59(e) ruling under Fed.R.App.Pro. 4(a)(4)(A) due to prison authorities’ obstruction of the delivery of the Fed.R.Civ.Pro. 59(e) dismissal.  Long had sued the Atlantic City Police Department , the New Jersey State Police, and some police officers and forensic chemists alleging some sort of conspiracy which prevented him from proving his innocence.  Screening the compliant resulted in the district court’s dismissing the complaint sua sponte before the defendants had been served.  The order and memorandum opinion were docketed on August 21, 2006, giving Long until September 4, 2006 to file a motion under Rule 59(e). However, on September 25, 2006, after the expiration of the appeal period, he filed a motion for reconsideration pursuant to Rule 59(e), along with a letter explaining that he had not received the district court’s filings until September 22, 2006. His transfer to another prison facility caused a delay due to the prison forwarding the filings form his old to his new prison. He claimed he told the district court of the move. The district court treated the motion as timely due to the delay, and rejected his motion on the merits.  On appeal, the Court had to consider both the motion for reconsideration was timely and if so, whether it was properly dismissed on the merits.

The Court first noted that it had held in United States v. Grana, 864 F.2d 312 (3d Cir. 1989), abrogated on other grounds by Virgin Islands v. Martinez, 620 F.3d 321 (3d Cir. 2010) the delay caused by prison authorities in delivering an adverse order could be excluded from the time to file a criminal appeal. The Court later applied that rule in a §2255 case to appeals under Fed.R.App.Pro. 4(a)(4)(A). This reasoning led the Court to conclude that the rule excluding delays in delivering an order due to prion delay could also apply to reconsiderations orders under Fed.R.Civ.Pro.59(e) when delivery of district court orders are delayed by prison authorities’ actions. The Court accepted Long’s certification, that stated that false statements would subject him to punishment that the documents were incorrectly mailed to the wrong prison and that his new prison opened legal mail before delivering it to prisoners.