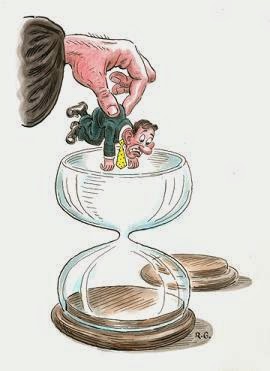 United States v. Solomon, No 13-3108 (3d Cir., 9/15/14), concerns the application of two Sentencing Guidelines sections, §§ 2C1.1(c)(1) (“Offering, Giving, Soliciting, or Receiving a Bribe; Extortion Under Color of Official Right; Fraud Involving the Deprivation of the Intangible Right to Honest Services of Public Officials; Conspiracy to Defraud by Interference with Governmental Functions”) and 3B1.3 (“Abuse of Position of Trust or Use of Special Skill”).  The Court affirmed the District Court’s application of the first, but overturned its application of the second.

After applying his acceptance of responsibility and his lack of a prior record, the defendant’s initial guidelines range was 30 to 37 months. §2C1.1(c)(1) includes a cross-reference that requires, when the offense was committed for facilitating another crime, application of the offense guideline to a conspiracy to commit that offense if it is greater than the guideline initially determined.  In this case, the cross-referenced crime was conspiracy to traffic in cocaine, and due to the amount involved, the guideline level was 31. The government also asked the District Court to apply an additional 2 levels under §3B1.3 for abuse of a position of trust.  Over the Defendant’s objection, the District Court applied both.

The Court ruled that the §2C1.1(c)(1) was properly applied.  His extortion was committed to protect the commission of another crime. The defendant argued that since the crime was actually staged by the government, there was no other crime, and there were no drugs. Nevertheless, the defendant agreed to facilitate a transaction involving an agreed amount of drugs— real or not real—  and a comment in the drug crime guideline allowed the use of the agreed upon amount of drugs to determine quantity. The defendant’s argument that the actual crime was obstruction of justice, because he agreed to keep other law enforcement away from the transactions, was also to no avail, as the Court found his crime more akin to “facilitation”—  i.e., helping the transaction to occur— than “obstruction” or “concealment”, which it described as retrospective and occurring after the crime occurred.  Because §2C1.1(c)(1) was not ambiguous, the Court also refused to apply the rule of lenity to find that it did not apply to another criminal offense.

The defendant fared better though with his argument against the application of §3B1.3.  The Court accepted his argument that it could not apply to sentences originating under §2C1.1.  §3B1.3 applies a two level enhancement if the defendant abused a position of public trust in a manner that concealed or facilitated the offense.  §1B1.5(c) states that Chapter Three adjustments are determined in respect to the cross-referenced guideline, “unless otherwise provided.” Application note 6 of §2C1.1 prohibits the use of the abuse of trust enhancement. The Court rejected the argument that the abuse of trust enhancement should be applied to the guideline for the cocaine transaction, which contains no such limitation.  Even though the defendant was sentenced under the drug transaction guideline, that was due only to §2C1.1, and therefore its limitation on the enhancement survived the cross-reference. The matter was therefore remanded for resentencing without the two level enhancement.

Image from Yale Law Journal.
By Stuart Wilder at September 16, 2014

Limited waiver of Miranda rights invalidated when a defendant raised the subject he initially stated he did not want to discuss during his i...