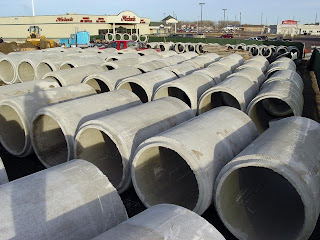 In United States v. Ashley Andrews, No 11-1239 (Third Circuit, June 4, 2012), The Defendant, Ashley Andrews, was a contractor whose company, GRM, could not get a government contract to repair Virgin Islands sewers without a Virgin Islands business license, which in turn required a “tax clearance” letter.  To get the tax clearance letter, Andrews listed one Ohanio Harris, a Special Assistant to the Governor of the Virgin Islands, as the president of GRM on the February, 2002 application for the license. Andrews had been president of GRM until January, 2002— he resumed that office in March, 2002.  In March, 2002, Harris and Andrews went to neighboring Tortola, where Harris introduced himself to an American engineering firm as the Governor’s special assistant, vouched for Andrews to the firm’s president, and told the firm he could get a meeting with the Governor of the VI to discuss awarding sewer construction work. Harris later testified that later that day Andrews gave him $2500 in cash for his services, which he used to pay his home mortgage. Also at this time, Harris held himself out as a liaison between GRM and Andrews and the VI Department of Public Works.  Harris arranged for Andrews to meet with the Governor, and later, Andrews asked Harris for help in getting the contract. Harris said he would do what he could, and Andrews promised him a job with GRM. Further machinations resulted in GRM getting a sole-sourced contract for the sewers.

Consumation of the deal however was conditioned on GRM getting performance and payment bonds for 100% of the contract price. GRM’s accountant contacted a New York lawyer who in turn put GRM in touch with a company that faxed an emailed application and related paperwork to GRM.  The accountant emailed the completed paperwork back a days later. The completed application contained numerous false statements about Andrews’ personal and GRM’s corporate financial condition. Only the construction contract signed by the Governor was now required for the issuance of the bonds. Ultimately, the Governor of the Virgin Islands signed the contracts,  but before the bonds were issued, the United States, probably sensing something wrong, successfully sought to enjoin enforcement of the contract. (The sewer project itself was the result of a consent decree arising from a lawsuit by the United States against the Virgin Islands.)  Andrews then submitted a post-termination claim for roughly one-fourth of the contract price (about $750,000) for the time and resources GRM had expended pursuing the contract. Once again, Andrews’ paperwork contained numerous false claims.

Andrews chief claim revolved around the §1346 charges, which were the subject of last year's Supreme Court decision on honest services fraud in United States v. Skilling, 130 S.Ct. ____ (2010). Because Skilling was decided after the trial, and there was thus no opportunity to object to the jury instructions, the standard of review of the jury instructions was plain error. Under plain error review, the Court said, it “may correct an error not raised at trial only if the appellant demonstrates that: (1) there was an error; (2) the error is clear or obvious; and (3) “the error ‘affected the appellant’s substantial rights, which in the ordinary case means’ it ‘affected the outcome of the district court proceedings.’” (internal citation omitted). Slip op. at 11. Skilling met the standard for retroactive application: a case where a new rule constituted a clear break with the past. The Court concluded that even though the jury instructions were wrong under Skilling, they did not affect Andrews’ substantial rights, and did require reversal of his conviction.

Skilling requires that juries considering honest services fraud be told the statute encompasses only fraudulent schemes to deprive another of honest services through bribes or kickbacks. It is legal error to not tell a jury of that limitation.

The Court’s first step in its plain error analysis was to determine whether the references to honest services fraud in the indictment and the jury instructions constituted Skilling error. The Government contended at trial that in addition to alleging bribes, Andrews schemed to defraud the VI of the honest services of Harris. However, before the jury was charged, all references to honest services in the wire fraud counts were removed, and that the jury charge reflected that change. Nevertheless, the court’s charge did contain references honest services fraud. A later narrowing instruction from the trial court did not cure the problem. Thus, the first prong of the plain error test was met. The Court then also concluded the second prong of the test was met: the error became apparent when the Supreme Court decided Skilling.

Andrews, however, could not surmount the third and last prong of the plain error test: he could not show that the error affected his substantial rights: Andrews could not demonstrate that the error was harmless, i.e., he could not show a reasonable probability that the error affected the trial. Even without the error, the Court concluded, Andrews would have been convicted of wire fraud: there was a clear alternative theory of guilt, supported by overwhelming evidence, that kept Andrews from showing that the conviction was the result of harmless error. In this case the Court found overwhelming evidence of bribes and falsehoods. The Court also noted that the jury was told to consider only the scheme to defraud that was charged in the indictment, which did not include honest services fraud. The Court concluded there was no reasonable probability that passing references to honest services fraud in the instructions, illegally or unfairly,  affected the jury’s verdict. Also, if the jury had been instructed that it could only find Andrews guilty of honest services fraud if it found the fraud bribery or kickbacks, it would have found him guilty of the wire fraud anyway.

The Court also found the evidence sufficient to support the convictions. In particular, it swatted away Andrews' claim that he had no idea that his false statements would be transmitted by electronic means: that was something he could have reasonably and easily anticipated.

Andrews' one victory was one he did not seek: the government on its own raised the illegality of Andrews' sentence due to the lower court’s not imposing a separate sentence on each count. Even though Andrews waived this issue, “extraordinary circumstances” required consideration of the issue and remand for a new sentence, with instructions to impose a sentence on each count, because the 151 month sentence exceeded the maximum sentence for one of the counts. The error, even though never raised by Andrews, (he might have figured there was no point) affected his substantial rights and required correction. The matter was remanded for resentencing.
By Stuart Wilder at July 11, 2012